Welcome to the new incarnation of the Wilcis web page. For anyone that may remember the previous versions of this site, there was mention of how much we loved to use open source software and nothing has changed in that regard over time. We really believe in open source software and the model that goes with it. We've been using some form of open source software since before version 1.0 of of the Linux kernel, and since the 2.2.8 version of FreeBSD. That translates to more than 20 years! Why? Because it works. Open source applications have proven themselves over and over during this time. Imagine trying to be a sysadmin without OpenSSH or a developer without Python or Perl. All open source projects that have changed the world.

While viewing this page, realize that every bit of it has been created utilizing open source software. This doesn't mean just the webserver itself, but all of the tools used to create the page, as well as manage it.

The prior version of this page was created with a tool called Hakyll. I really enjoyed working in Haskell but found that it is a language that you really need to absorb yourself in for a long period of time in order to gain a competency. As I had already spent a lot of time working in Clojure I was a bit undecided if I should migrate the page to Clojure or go with something that I have wanted to do for the past 10+ years which is really dig into Common Lisp. Eventually I decided for the latter based upon a few criteria that I wanted to run with. I'm not at all a fan of Java and one of the line items that Clojure initially stated was it would eventually be built using Clojure rather than Java. I think the desire for Java interop eventually won over here and I don't see that as being a possibility any longer, so that ultimately pointed me towards going for Common Lisp. To that end, this page is now being created using a library called Coleslaw and a front-end called Bootstrap. Reading through a few blogs it was pretty easy to put this together and have it somewhat customized with my own theme.

Please take some time to read through some of the blog entries and just enjoy the page in general. Hopefully you will find them both interesting and useful in some manner.

This page has been running as far back as the early 2000's so I've pulled some old images and trinkets from the good old days and placed them here as well. I'm trying to keep things fun much as they were the first time I ran Linux or some flavor of BSD and knew that this was the future. It turns out I wasn't too far off as we look at all the places where especially Linux has become the main stream, not only in web environments but as far reaching as the IOT world. Who would have thought in the 90s that M$ would be offering a subsystem for Linux? Sure they made certain that the Windows name was before Linux (WSL) but everyone can see now what OS pretty much owns the server world.

I copied the below from one of my old pages off the way back machine site as it made me chuckle, so I thought I would share it. This is from approximately 2004.

This new front page relies very heavily on CSS (cascading style sheets) as well as Javascript. If you don't have either of them turned on, please do so now as it will make everything more enjoyable. In fact, if you have javascript turned off, you should have already gotten a message to this effect. Browsers are one of the worst things is the world to deal with for someone writing HTML. This page has been checked with the following browsers and should work correctly with them. Netscape 6.2, Opera 5.05, Mozilla 1.00, Opera 6.0b1, Galeon 1.2.5, and of course Lynx 2.8.3. It has also been checked with Netscape 4.79 which does have some issues. 4.79 seems to have problems with the tables and borderspace around the gif images. If you have 4.79, consider upgrading to the 6.X series if possible. The Java support alone is worth it. There is a Java applet in the programming section which only works for under the Netscape 6.X series and also the Opera 6.X series. If you want to be able to see that, you will need to upgrade your browser. I have no idea if Internet Explorer Version X.X will work with this page or not. I don't claim to be a Microsoft person, and don't use Microsoft in my personal life, so I can't comment on it. If someone would like to test it and let me know one way or the other, I will post the results.

FYI - The site you are viewing probably still doesn't work in IE and I still don't really care...

One point that continues to hold from the time of my original web page: 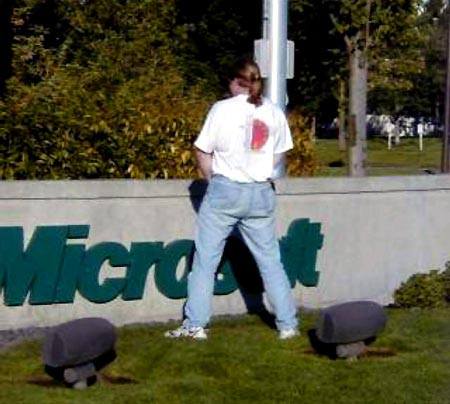 Unless otherwise credited all material © Wilcis.com by Roger Williams